The Cerasuolo di Vittoria, a history of tradition and integration 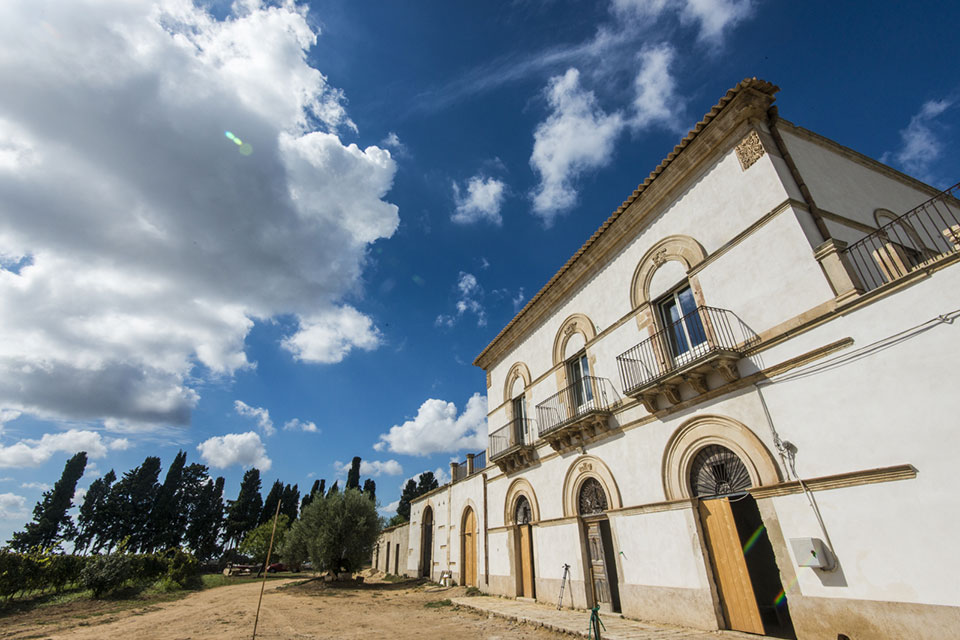 In 2010, when we found ourselves in the midst of this abandoned countryside, it was difficult to understand why and who had built that noble Art-Noveau villa that, despite the state of ruin, left well to understand its ancient beauty. Only the full knowledge of the past can provide the key to the present and especially to the future….

The Origins of Vittoria

With a dive into the past, we must introduce the city of Vittoria and its foundation. Vittoria was founded in 1607 by a royal decree of a fervent intuition of Countess Vittoria Colonna, who convinced the Governor of the County in charge at that time, the Ragusan Paolo La Restia. It was then populated by the people coming from nearby areas recalled by the clear government’s desire to create a fertile agricultural area, where land was granted with the promise of their cultivation of that particular grapevine.

The largest groups came from Ragusa and Modica and above all, almost forty percent, from the nearest areas of Chiaramonte Gulfi as well as from minority groups of comisani (coming from Comiso). Later (we are already at the end of the 1700s), when the city had already grown, and then again in the second half of the 1800s, when Vittoria had become a large and rich wine town, there were large groups of people coming from Campania,Puglia and Calabria, and Sicilians coming of the western part of the island. It is therefore clear that Vittoria’s clear plan to create a socio-economic well-being through the development of a wine farming tradition through the integration of several populations, with the scope to create a new and unique identity of the city of Vittoria.

The founder of the city

Vittoria was the daughter of Marcantonio Colonna viceroy of Sicily in the 16th century. By an agreement of his brother Ascanio married by proxy on December 31, 1586 Ludovic III Enriquez de Cabrera Almirante of Castile, Duke of Medina de Rioseco. Her husband became Count of Modica in 1596. Vittoria died in 1600, and became Countess of Modica on behalf of her underage son Juan Alfonso Enriquez de Cabrera, but she faced severe financial difficulties. In fact, her husband Ludwig III had contracted a considerable amount of debt due to the representation costs incurred for the marriage of Philip III, King of Spain, to Margaret of Austria-Styria in 1599.

Vittoria Colonna decided to ask the King of Spain for a royal privilege for the establishment of a new settlement, which would allow her to revive the fortunes of the family heritage. The request was granted, and the royal privilege, granted by King Philip III on 31 December 1606 in Madrid, ordered the redevelopment of the ancient Camarina. The new city arose with the name of Vittoria (now in the province of Ragusa) in honor of its founder, on April 24, 1607, relocating several households to increase the agricultural exploitation of the western part of the Modica County.

When his son reached the adult age, in 1617, he became Count of Modica, and then Viceroy of Sicily (1641) and Viceroy of Naples (1644, until February 1646). Vittoria Colonna later retired to Spain, where she died in 1633, and was buried in the Church of St. Francis of Medina de Rioseco. The city of Vittoria named its municipal theatre Vittoria Colonna (opened in 1863) to Countess Vittoria Colonna and obtained in 1990 the burial of its remains in the city, in the Mother Church of St. John.

The Cerasuolo di Vittoria DOCG is a wine that owes its preciousness to the magic of the climate, to the diligent cultivation by a few passionate operators as well as to the virtue of its vines, Nero d’Avola and Frappato di Vittoria (used in a percentage ranging from 50 to 70% and from 30 to 50% respectively).

Nero d’Avola: it is the most important black-skinned vine for Sicilian winemaking. Originally from Syracuse, Eloro DOC is also the basis. It gives rise to a medium-large bunch of grapes of medium cylindrical shape with round berries, black-blue skin weighing around 300-500 gr. With a production of no more than 100 quintals/hectars gives birth to wines of considerable structure and color to be considered for a precious aging. It ripes in Vittoria during the second decade of September. 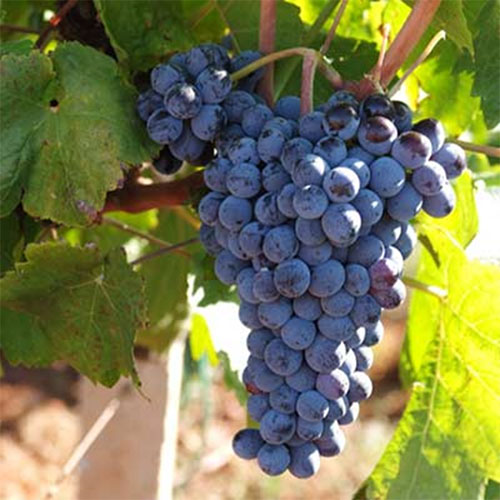 Frappato: Indigenous vineyard, native to the Vittoria area. It is mainly spread from Ragusa to Syracuse. It has a tight bunch of grapes with medium-sized berries and blue gray skin tending to the red of cylindrical- conical shape also pyramidal weighing from 400 – 650 gr. With optimal production of no more than 70 quintals /hectars it gives birth to wines rich in noble tannins not very colorful but with great structure and finesse. It ripes in Vittoria in the third decade of September. 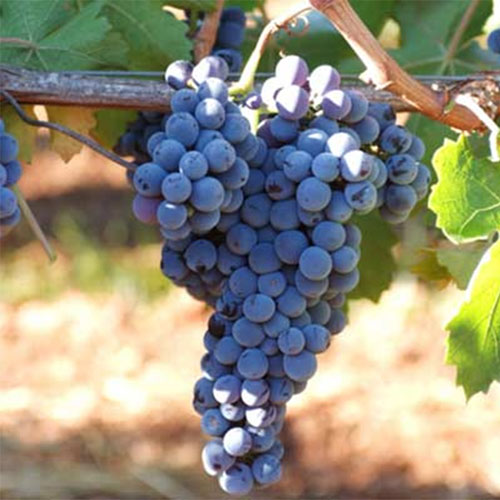 There are archaeological findings that can describe the vocation of a territory better than anything else. An example is a small rolled lead foil, the Plaga Mesopotamium,housed in the Archaeological Museum of Syracuse. This document, which was discovered near Kamarina,an ancient Doric settlement, reports on the sale of a vineyard extended about one hectare: a real notary act of selling a land whose buyer was a woman who owned a wine resale. So there was already a wine trade at that date: it was the 3rd century BC. It is, of course, the oldest evidence of the culture of the vine in the Ragusa area, the first trace that testifies to its winemaking vocation.

This territory, located in the far Southern tip of Sicily, so close that it perfumes somehow of the near Africa, offers great wines, especially in the area of Vittoria, city of Cerasuolo, which boasted a thriving wine business already in the 1800s to reach industrial levels. It was the time when from Scoglitti (Vittoria’s maritime trade station) sailboats loaded with hundreds of barrels took the sea route: in a short time the wine conquered the Italian, French, English and German markets. It was also marketed under the name Scoglitti and Vittoria, and was famous for resisting navigation, for its red foam and for its scent.

The same chronicles of June 1885 tell of the flourishing activity of exporting wine to the market in Marseille and how 1,500 agricultural wagons transported every day to Scoglitti the barrels to be stowed on the sailboats anchored offshore. Along the route that connected Catania to Kamarina, passing through Lentini, Caltagirone, Acate, Vittoria and finally Comiso, traces of a wine activity consisting of wine-vats, small houes for night resting, furnaces for the construction of wine amphorae (Caltagirone), are still evident, to arrive in Kamarina, which with its port of embarkation was the natural outlet of these trades. : from here was exported the famous “Mesopotamium”, wine produced between the rivers Ippari and Dirillo, the traces of which are visible in the coinage of Kamarina and in the finds of the excavations of Pompeii.

Another clear proof of this wine-based economy is in the archaeological museum of Kamarina and is the discovery of numerous wine amphorae in the seabed in front of it. In short, an ancient culture of the vine that is still preserved today in the many architectural testimonies present inside the Castle of the Counts of Modica and in the Basilica of St. John the Baptist: both rich in decorations depicting the grapevines. The founder of Vittoria itself, Vittoria Colonna Henriquez (year 1607), widow of the Count of Modica, cousin of the King of Spain, encouraged the production of wine by granting privileges to those who had planted vineyards: in that year she gave to the first 75 settlers, one hectare of land with the condition that they should cultivated another one, thus favoring a huge expansion of the vineyard in the various districts of the territory.

The name of denomination of controlled and guaranteed origin (DOCG) “Cerasuolo di Vittoria” already recognized by denomination of controlled origin (DOC) by decree of the President of the Republic 29th May 1973 (modified on 6th November 1991), and “Cerasuolo di Vittoria Classico” is reserved for wines that meet the conditions and requirements prescribed by this disciplinary. 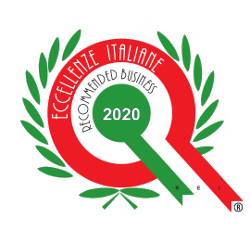